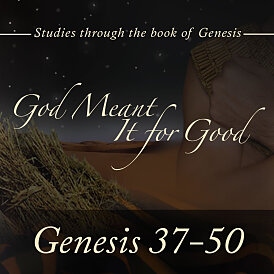 The Test of Prosperity

What was Joseph's greatest test? Was it when his brothers sold him into slavery? Was it when he was tempted by Potiphar's wife? Stephen suggests it was neither of these. Instead, Joseph's greatest test was being surrounded by opulence, ease and luxury for the latter portion of his life. The Test of Prosperity is a difficult one for believers to pass.